Working axes and goals of the meeting

Procomuns: Forum of Collaborative Economies Procomuns is an action-event, and, as such, we use co-creation methodologies to develop new public policy proposals and to promote the common collaborative economy. We will do it from working sessions, different participatory materials and open documentation.

The program of the 2017 edition is articulated in 4 intervention levels: 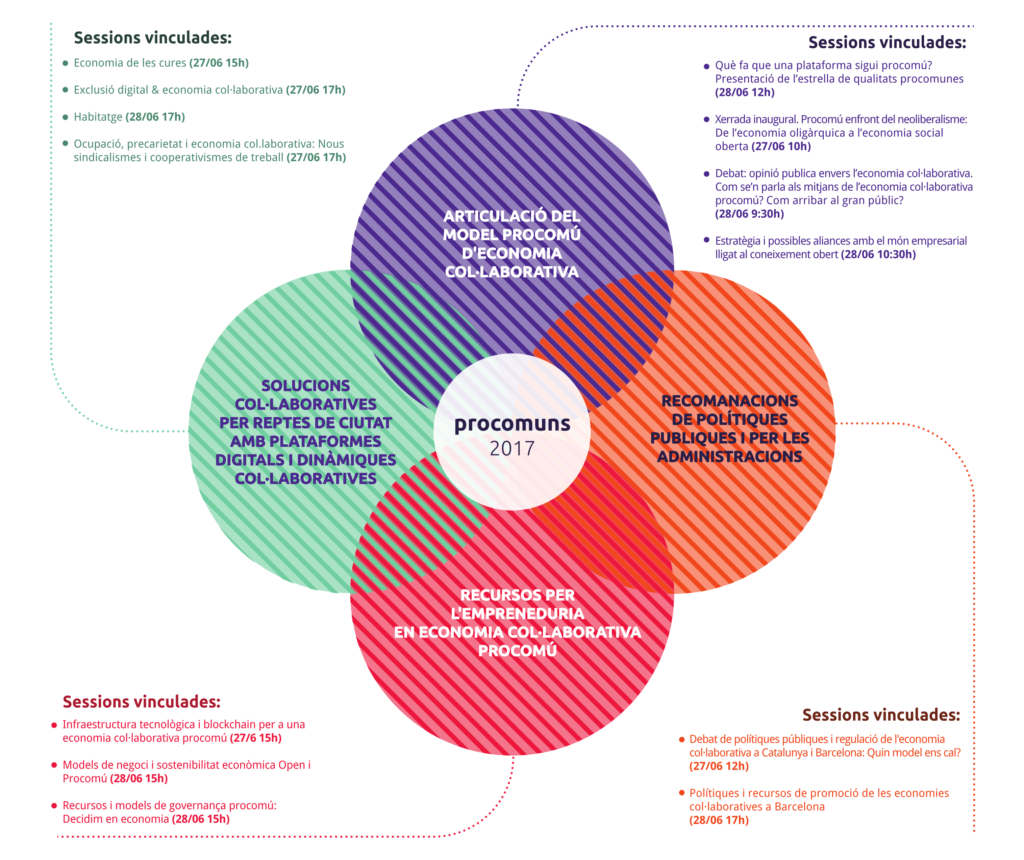 Outputs: From the interaction and documentation generated around the four areas a declaration of Procomuns will be elaborated: Forum of Collaborative Economies Procomuns 2017; the resulting document  will include the guiding principles for cities, as well as the common star of the collaborative economy

Open documentation of the conference 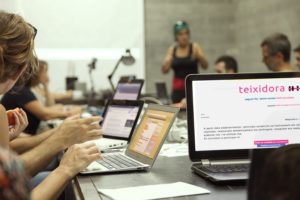 During Procomuns, the Procommon Collaborative Economies Forum, on 27 and 28 June, we will activate different channels of participatory documentation of the conference, in order to collect opinions and proposals from all the participants. As in the previous edition, in this way we pretend to generate new public policy proposals, as well as a synthesis document on the state of the procommon collaborative economy in Barcelona.

In collaboration with the project Teixidora.net, which documents the technosocial movement in the Barcelona area, we will work in 3 “layers” of communication where we can collect al the contributions:

All this documentation process (both digital and physical) will be generated following specific indications during the conference, so that everyone interested can participate.

The data and open knowledge generated by these channels will be collected and made accessible  under a Public Domain license  after the forum.

(*) The different pads linked to the meeting are part of the project La Mar De Bits, administered with free software.