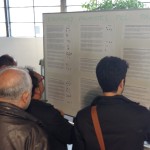 Following the discussions at the first international event we organized on March 2016, which gathered more than 400 participants, we have been working together experts, citizens and sector representatives on a series of proposals and more than 120 policy recommendations for governments, ending in a joint statement of public policies for the collaborative economy.

The measures (in Catalan) have been sent to the Barcelona City Council as concrete actions for the Municipal Action Plan of the City following a consultative online participatory process. The Declaration has been sent to other local authorities and the Government of Catalonia. This version of the Declaration in English has also been sent to the European Commission and various General Directorates which are currently working on the regulation of the collaborative economy. A version in Spanish has also been sent to various institutional authorities.

Following new meetings and open sessions we will continue encouraging the debate and the development of new versions of the declaration and of useful resources.

Executive summary of the document, with the 10 policy proposals which received more support (English)

The facilitation of the co-creation process has been in charge of BarCola (working group about collaborative economy and commons production in Barcelona) and the Dimmons research group at IN3-UOC, with support from P2Pvalue (represented locally by IGOPnet.cc). Here credits and thanks to different people who have participated in the elaboration of the document.

In case of doubts or problems you can contact us at info@dimmons.net